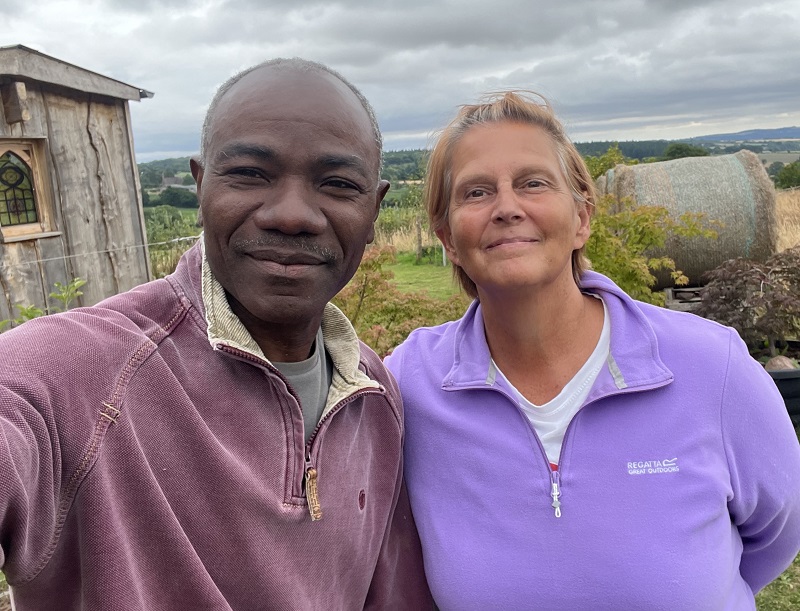 The summer of 2022 saw The Queen Bee Cabin welcome its very first guests. The first guest, a businessman in transit, was quickly followed by the second, then the third, and the fourth, until one guest started merging into the next. At one point in the summer, every guest was the first to do one thing or the other. The first from Birmingham, the first from here and the first from there.

After we had had a number of guests, saying that guests were the first from a particular geographic location was getting difficult. As we were beginning to think of what would be the “first” something of the other, the next guest would do or be, Diana Green, The Bard of Hudson, arrived. She was the “first” in so many things that only a list would do some of the “first ” things she was at The Queen Bee Cabin. Here are just a few of the “first” Diana brought or was: 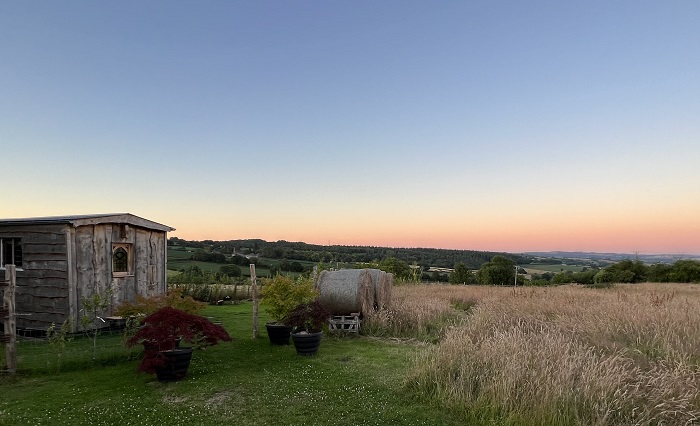 The grass is always greener and taller at The Queen Bee Cabin.

Most years in the summer, we cut the grass to make hay. This year we left the grass and let it grow. At its highest, a fully grown person can almost disappear completely into the grass.  This was perfect for wildlife. A pheasant laid eggs and hatched its chicks during this period. We also hosted a Hidden Herefordshire moth identification evening, which identified more than 60 species of moth.